You are here: Home / Faces of the Festival / Shannon & Tony 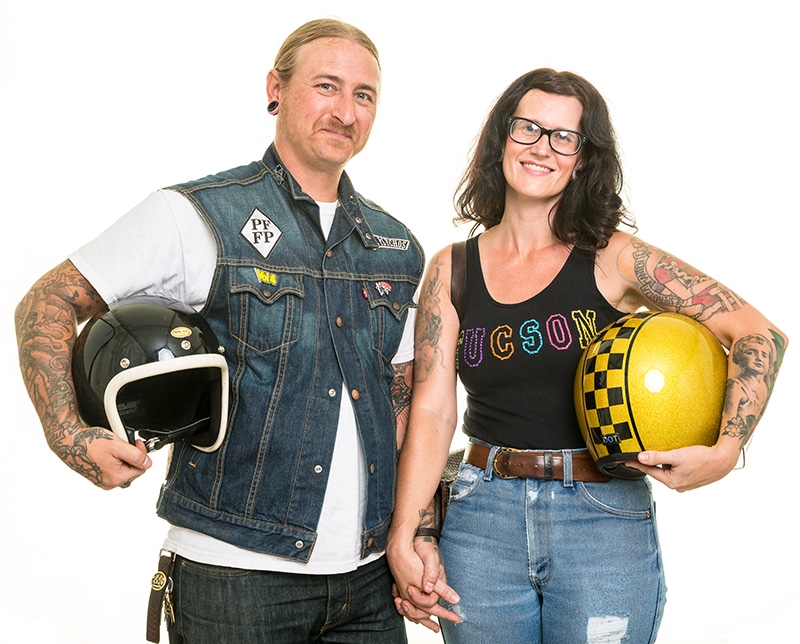 I grew up in Kentucky and lived there for 23 years and I definitely thought  that was where I most belonged. But I applied for graduate school and got into the UA and when I moved here I was just going to come for art school and leave. I knew it–that was my big master plan. And I met my husband Tony two weeks later. I locked my keys in my car. He worked across the street at what used to be Fourth Avenue Service Station. I went over there and he was working and I got my car unlocked but I also ended up meeting Tony. We had our daughter a year and a half later and then our son. Then I graduated and didn’t want to leave. We’ve been here 14 years now. Tucson’s a great community. I love it here. And projects like this and people like this make it hard to leave.

I’m from Oregon originally. I was born in La Grande. My family were Scottish immigrants on the the Orgeon Trail and they settled in The Dalles. There’s actually a Kincheloe Point on the Oregon coast.  I moved to Tucson because of the diverse culture and to be closer to the border. I moved here alone, not knowing anyone. I fell in love. Anywhere you went you could talk to people. It was a just a warming and welcome place. I do feel like I belong here.