Tucson Meet Yourself features, on average, 100 music and dance performances every year. View the TMY 2019 Performance Schedule below.

Pedro y Los Líricos is a conjunto band straight out of Tucson’s immigrant neighborhoods. The three band members–Pedro Rios, Gerardo Ruiz Lopez, and Pablo Hernandez–met at the Southside Workers Center where they were waiting for day labor jobs. They discovered that they all shared a love of music and played complementary instruments. They play at house parties and monthly at Exo Bar, where they’ve become a favorite, keeping alive the music of the Mexican diaspora, with ranchera, Norteño, cumbias and romantic ballads.

Anthony Belvado comes from the San Carlos Apache Tribe plays traditional Apache violins, which he builds by hand from a hollowed agave stalk then embellishes with illustrations representing plants and animals. Traditionally, songs played on the violins were said to summon true love, a tradition that dates back to the 1800s and is passed along male lineage. While many of the love songs have been lost, Belvado learned the craft of violin making from his late grandfather, Salton Reede, Sr., and upholds the tradition of singing and performing songs at social dances. In 2018, Belvado was awarded a Master-Apprentice Artist Award from the Southwest Folklife Alliance to support his work passing on the violin tradition to his grandson, Jerimiah Wilson.

Mariachi Aztlan de Pueblo is the resident mariachi troupe of Pueblo High Magnet School. It was founded in 1992 by Mr. Richard Carranza as a curricular component within the school’s performing arts department. Comprised entirely of Pueblo High students ranging from 14 to 18 years old, the mariachi program has grown from 11 students in its first year to over 120 students today. The 16-piece Mariachi Aztlan represents the performing group, which students enter by audition, and which requires a rigorous rehearsal commitment. The group plays authentic mariachi music, arranged and conducted by director, John Contreras, himself a mariachi musician with over 25 years of experience.

Odaiko Sonora is Tucson’s taiko, or Japanese ensemble drumming group. “Taiko” is the word for drum in Japanese, and the ensemble is known for its high-energy performances. Formed in 2002, the group has been a TMY favorite for 17 years, bringing drumming, song, and folk dance in the taiko tradition to the festival. Odaiko Sonora shares the artform with over 120,000 people every year through classes, performances, school residencies, team building and master workshops, and by producing concerts by internationally acclaimed taiko artists. This year they introduce their new Asano “gekko,” or moon drum to TMY festival goers. Get ready!

This internationally renowned, professional family dance company is based in Phoenix, Arizona. Under the direction of Ken Duncan, member of the San Carlos Apache Tribe, Yellow Bird ensemble shares songs, stories and dances from Apache culture as well as the energetic hoop dance, which features a soloist dancing with hoops that are spun and sculpted and jumped through during the dance. The group has performed for former First Lady Laura Bush, the President of China at the Kennedy Center for the Performing Arts, and members of the U.S. military at the NATO Military Base in Kosovo. The troupe has also toured and performed in Central Asia, Eastern Europe, the Middle East and Central/South America and holds many national dance championship honors.

This rising, all-girl Norteño band is comprised of middle schoolers Yisbel, Jhanderlin and Sheyla Noriega—triplets, “trillizas” in Spanish—and their friend, Dulce Saenz. They met in music school and formed a band together to plays Norteño and cumbia music on the bajo sexto, accordion, drums and bass. Support these young women as they represent their culture at TMY! 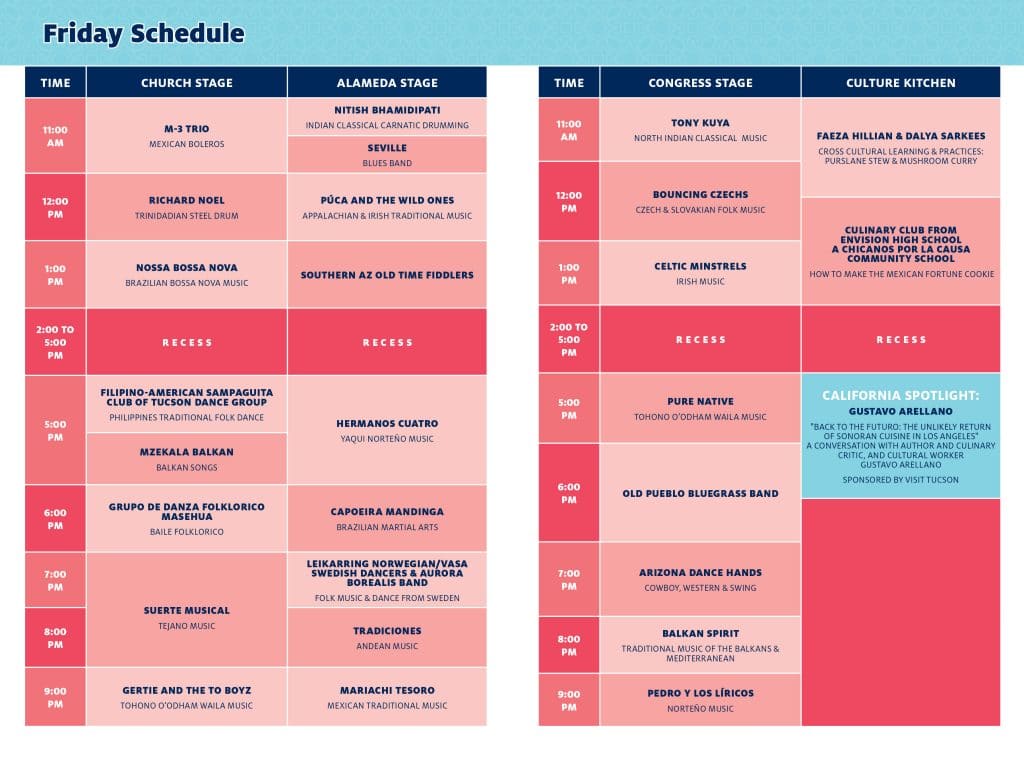 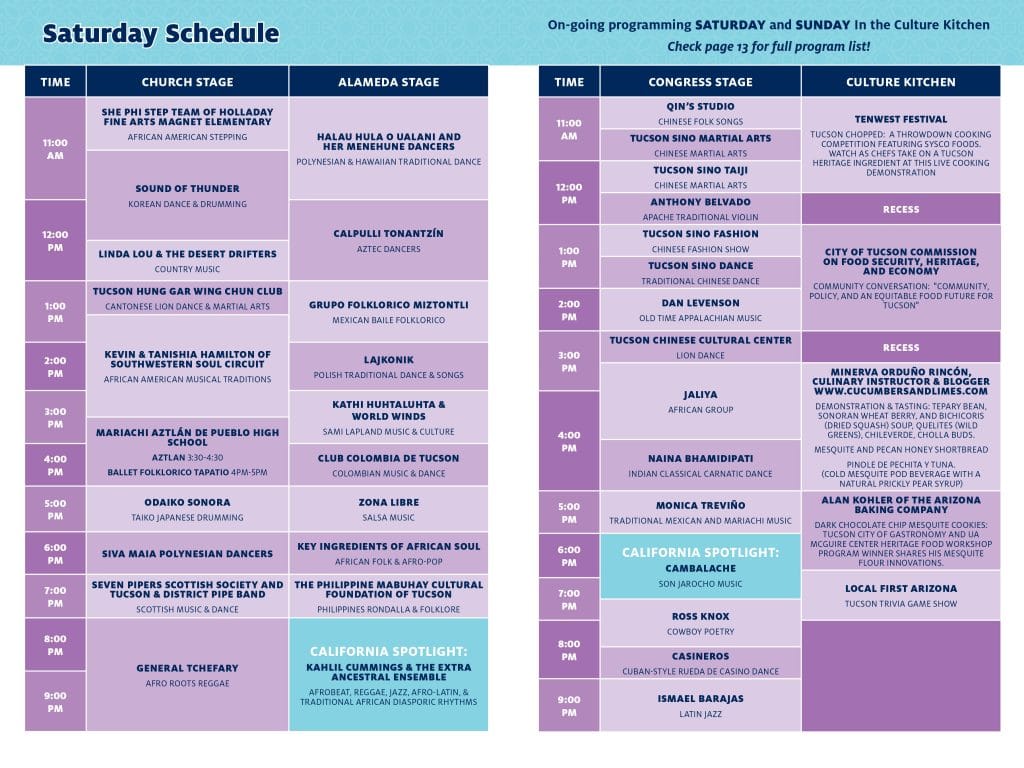 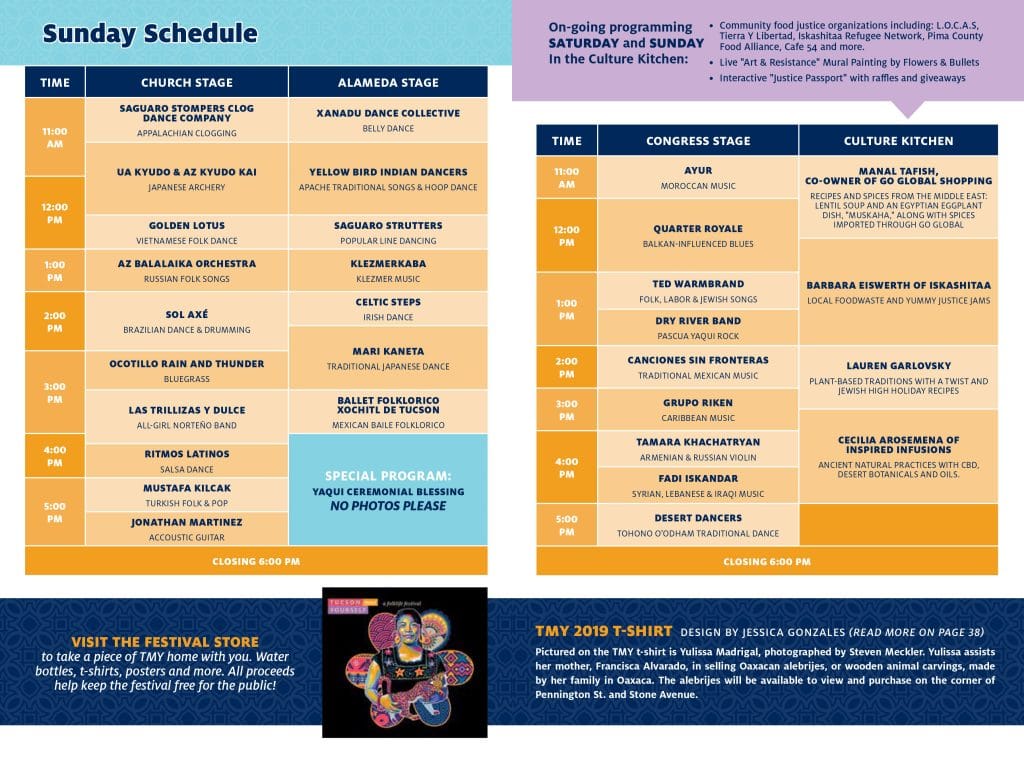